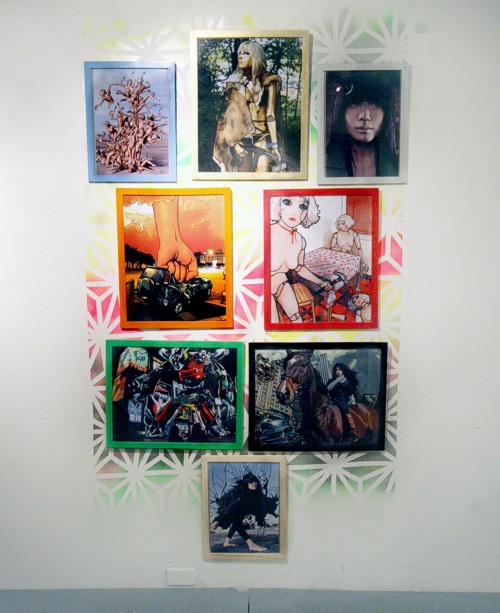 Getting to posting this a little late, but I was in LA for a week. Anyway, I wanted to share some pics from the “Off the Wall” art show. It went well. I met some really awesome people and got a much bigger display area at this show (4×8ft). I spray-painted a neon pink, yellow, green & silver background of “asa no ha” pattern (my favorite pattern!), over which resided eight large prints.

I wanted to share some pics of the show with you, as well as some photos of the process of painting the background. Hope you find these fun! 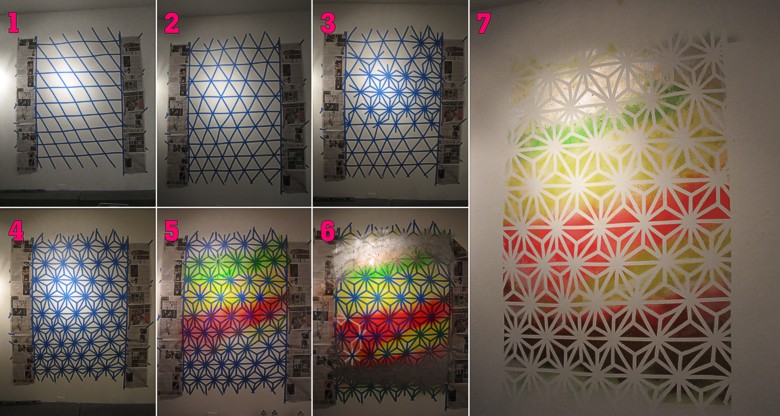 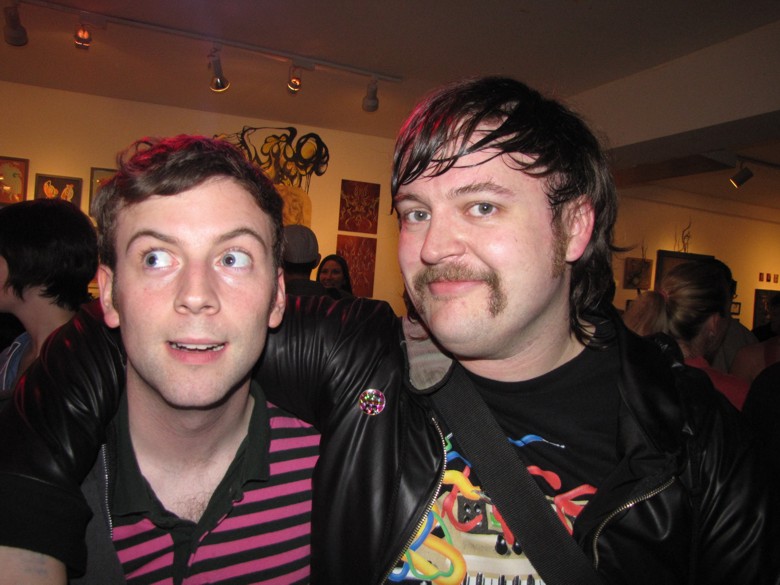 My good buddy Ryan & me. (protip: don’t wear a rubber jacket to an art opening. So sweaty!) 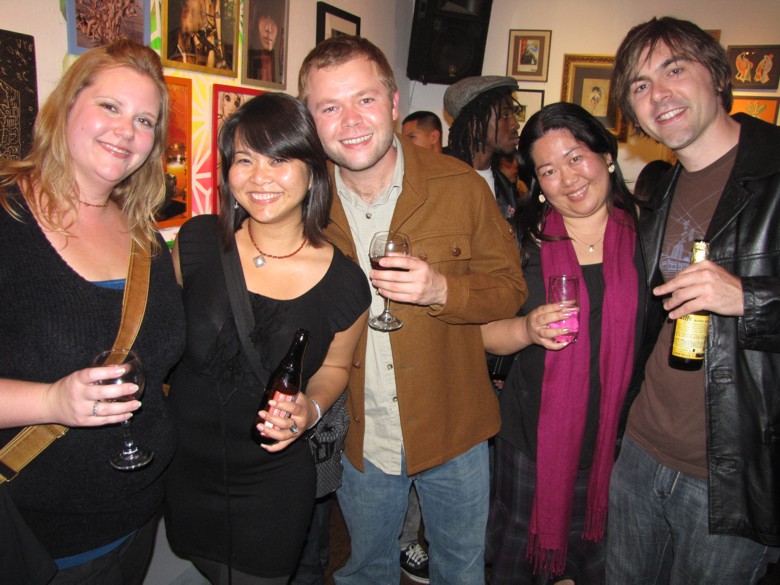 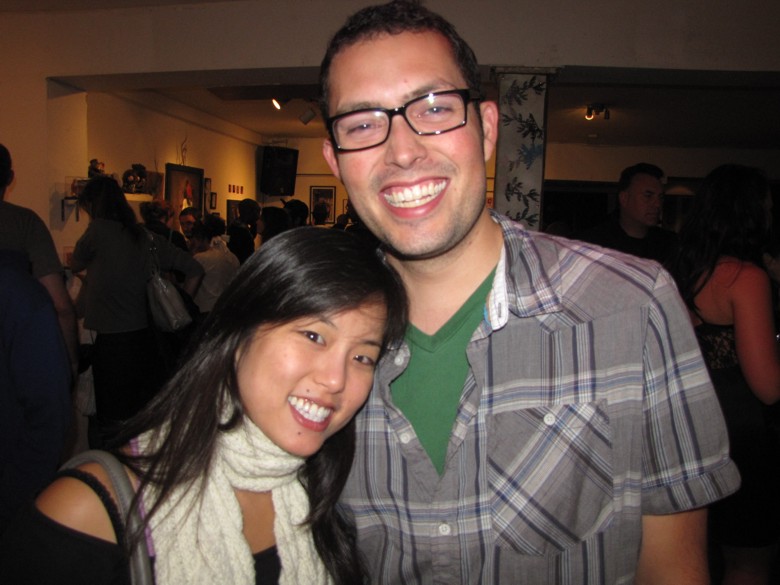 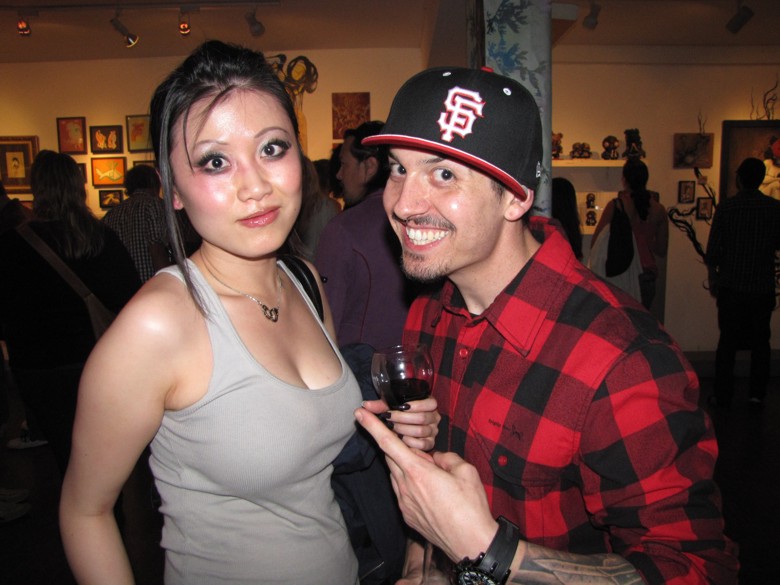 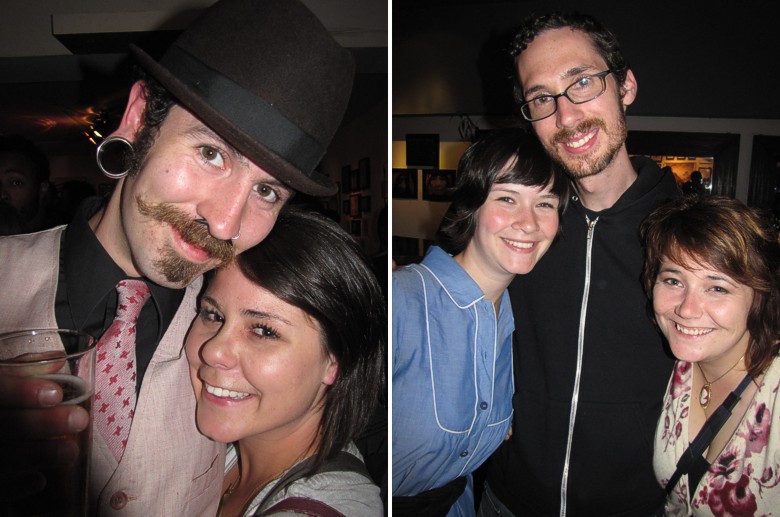 It was cool to run into Piper Robbins & Alisha Fumiko Harada former students at the art school I used to work at. You’ll see them in that last pic! In other news, while at the show, I met Charlie Jane Anders from io9.com while at the show, and she featured my work on the site the following week. That was pretty rad! (I was also in the week recap)

Let’s see what else is new… I’m tabling for my fourth year in a row at APE this coming week, but more on that in my next post…