Hey kids. I just finished a new illustrated-photograph, the third in my post-apocalyptic series… “Lone Wolf”: 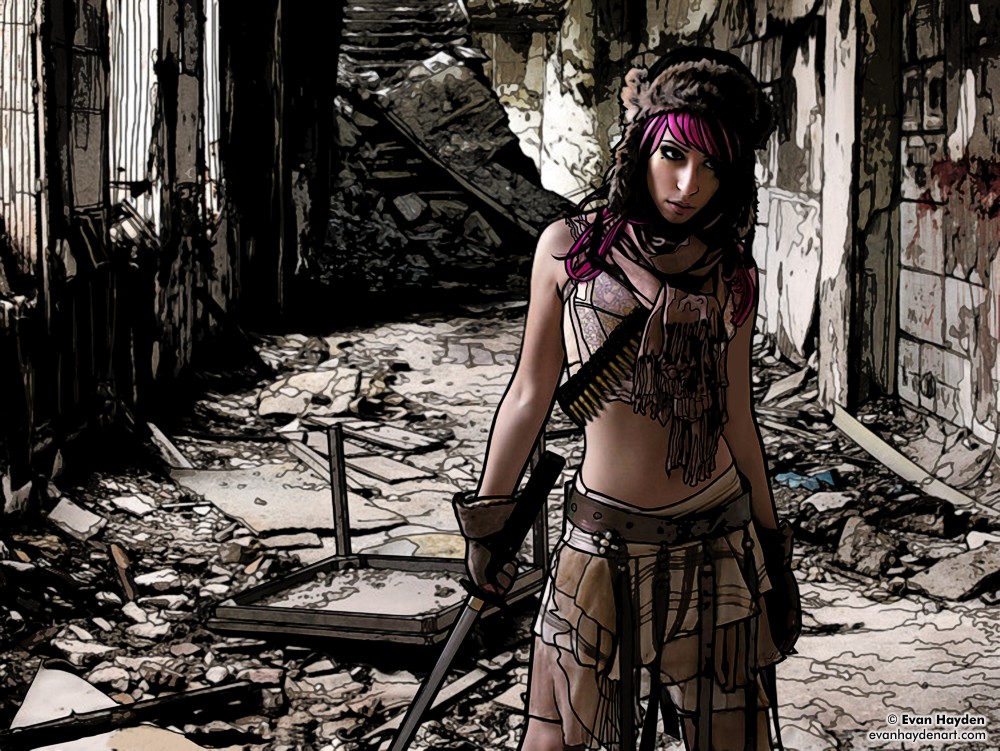 I did this shoot in Detroit with the lovely alternative model & Suicide Girl, Vivka, during my recent visit home.  It’s been a while since I got a chance to explore an abandoned building (not as many of those in the Bay Area), so this was super fun. Vivka and I did another shoot while I was there, but I’ll probably be illustrating that a couple months down the line, as life is super busy right now.

Another recent thingy, although I didn’t blog about it before… I took some publicity shots of a local rapper, “Venom”, and his car. Here’s his car:

Other than that, I’ve been doing product / lifestyle shots for the fall lineup of Infectious. I’ll post some of said shots when the product lineup is live.

In other – major – news… I’m planning on moving to Los Angeles at the beginning of November.  I, and everyone else in my company, got laid-off a month ago, since the company is shutting down. (thanks recession!) I’ve been doing freelance photography and graphic design this past month, but I’m thinking if I really want to benefit my photography career (especially for automotive photography), I need to get down to LA. Right now seems like a better time than ever to take a chance. Thus, after tabling at Alternative Press Expo in SF (more on that later), I’ll be moving.  Life is crazy, as usual!