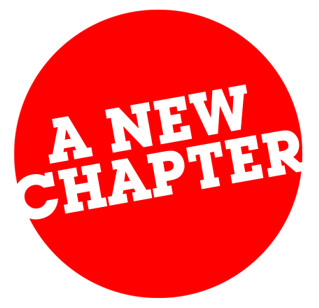 As I type this, big changes are afoot in my life. Good changes! I’m mentioning them here because they will have an appreciable effect on my art and my workflow – I’d imagine for the better. So what’s happening?

On January 22nd, I’m moving to Japan!! A month ago, only a brief time after moving to Los Angeles, I got a surprise phone call from the JET Program, asking me if I could come to Nagasaki to fill in for one of their Assistant Language Teachers (ALT) who would be leaving the program early. Of course I said yes. I’d actually applied for JET a year prior, had interviewed back in February ‘12, and hadn’t gotten picked for the initial wave of hiring. I had thus moved on to “Plan B”. I was finally starting to get some traction going in LA with more contract work in the photography business, but the truth of the matter is, things weren’t going smoothly enough with regular enough pay for me to pass up a rare opportunity such as this. I’ve been wanting a steady paycheck, structure, health insurance, and something new for a while now, and this will fit the bill.  I’m crossing my fingers that the US economy will have rebounded a bit more by the time I get back to the states, but this new English teaching job will give me financial security for the near-future, and I’ll be living in a beautiful area of Japan!

The whole experience so far has been like what I would imagine it would feel if you spend all of your teens and early twenties trying to be an actor, but it never really happens, so you move on. Then, at the age of 32, a big movie studio calls you up to offer a leading role in a summer blockbuster. Well, that metaphor might be a bit hyperbolic, but it seems somewhat apt. I studied the Japanese language from age 13-23, at first on my own, then in after-school classes in junior high & high school, then in college. I’ve been to Japan five times thus far, in 1998, 1999, 2000, 2003, and 2007. Despite my love of Japanese culture and the language, I’ve become a little distanced from it in my day-to-day. I’m 32 now, and it’s been almost ten years since my last Japanese class. I stopped studying the language due to having taken all the classes my university offered, as well as a lingering question of how the skill was really going to help me in life, especially since art was my main focus in life. I got pretty cynical about Japan, and didn’t see how I could fit into that world in a way that would also nurture my creativity. My interest in pop-culture & traditional culture used to be very Japan-centric, and in the intervening years it has become about 10%-20% of my cultural intake, with an expanded interest in the rest of the world. I no longer have the otaku tunnel-vision of my youth, and you know what? I think that makes the 32-year-old me a much better fit for living and working in Japan, than the 20-year-old wearing the rose-tinted glasses.

A few years in the workforce, having to handle the full brunt of the recession and its underemployment and insecurity, have strengthened me greatly as a person, and taught me some valuable lessons. If the overly-idealistic 20-year-old me had to deal with the ups and downs of working in a foreign country, I think I would have cracked under the pressure. For so long Japan was just a vacation / study-program destination for me, and I didn’t have to deal with the negative aspects, as I was just “sampling” the country for a while, each visit. As I’ve grown up, experience has taught me that every job sucks in some ways, even the ones you most enjoy. The trick is to use the knowledge of that occasional suckiness to help you better appreciate the good times. Also, when you live in one of your dream places, as I did in San Francisco for several years, not every day is going to be paradise. Even dream cities contain exhaustion, heartbreak, parking tickets, noisy neighbors, and worrying about paying the rent. As an adult, I can view Japan as what it is: a country with good and bad traits like any other, and not as the everything-is-perfect “nerd’s paradise” I once might have. Plus, I’m planning on using this opportunity as a way to turn around and enhance my life. I’ll finally be able to put money into savings each month, as I’ll have enough money to live on and then some. I won’t have my car with me, and with a ton of cycling, walking, and eating better, I intend to get in great shape again. I also intend on getting my Japanese ability better than ever. I used to be pretty good, and nowadays I can speak on the level of a Japanese 4 year old on a good day. Good enough to get by, but I can’t discuss deep things. When I visited in ‘07, my language ability came back quite a bit, and I imagine with living there, it’ll rebound and become much better!

So what does all of this have to do with my art, and why am I posting this blog entry on my art site, and not on a seemingly-requisite “American in Japan” blog? Well, it means a few things….

I’m not sure what my workflow / productivity will be on new art while I’m there. It’s hard to say because I don’t know yet if I’m going to be one of those ALTs who is very busy all the time, and has a lot of extra-curricular things going on outside of work, or if  there’s going to be a a lot of free time to make art. That said, my productivity this past 3 or so years has been a pale shadow of the pre-recession days, and maybe now that I won’t have the malaise of unemployment / money stress weighing down on me, maybe I can embrace my creativity again. Also, I traditionally get super inspired in Japan, and tend to at make art a lot when I’m there. I think that may well balance out with the potential lack of free time.

The kind of techniques I will have at my disposal for photography will change while I’m there. I can’t bring very much at all with me, and will only be shipping a small amount, so much of my usual supplies will be back home. For example, I won’t have my strobes with me, so that’s going to put a limit on the lighting I can do in my photography. I’m thinking at some point I’ll buy a second Speedlite, and a remote transmitter, and have sort of a lower-power, more portable strobe solution, but that’ll have to wait until I have paychecks coming in. I’ll be relying more on available light that I have been with my more recent shots, and continuing to use my Speedlite to make things “pop” a bit.  I also don’t know what the situation will be with models over there, so it’ll be interesting to see how much of my photography & illustrated-photography even includes people. It would be a nice challenge to get back into more abstract work again, or at least non-people subjects supplementing my portfolio.

I intend to return to some neglected kinds of art that I can make on my own, in my apartment… music, comic books, and illustration. I’ve been planning out some new comic ideas, and have been waiting for a time where things stabilize so I can dive deep into a graphic novel, or at least some short-form stuff. My illustration – my first artistic skill, sort of neglected due to my focus on photography – needs to make a more prominent return in my life. As for my music, I’ve been itching to make a new album. After making a noise album a year ago to get back into practice, I’ve been spending a lot of time, building parts of new songs. Having some new toys at my disposal, and feeding off of the inspiration I feel in Japan, I intend to return to music in a major way soon!

Okay, I’ve rattled on long enough. I’m not sure exactly yet how long I’ll be in Japan, but at least through JET, it’ll be a minimum of six months, and as long as four and a half years. I’m hoping to put in at least a solid 2-3 years, to save up a good nest-egg of money, and I don’t see myself as a “lifer”, but who knows? The future is hard to predict, and who knows who I’ll become? Anyway, thanks for reading this. Unless I manage to make some new art in the busy next couple weeks, my next update will most likely be from Japan. I don’t know exactly how long it’ll be until my next content update, but I’ll try not to let it be too long. See you soon!